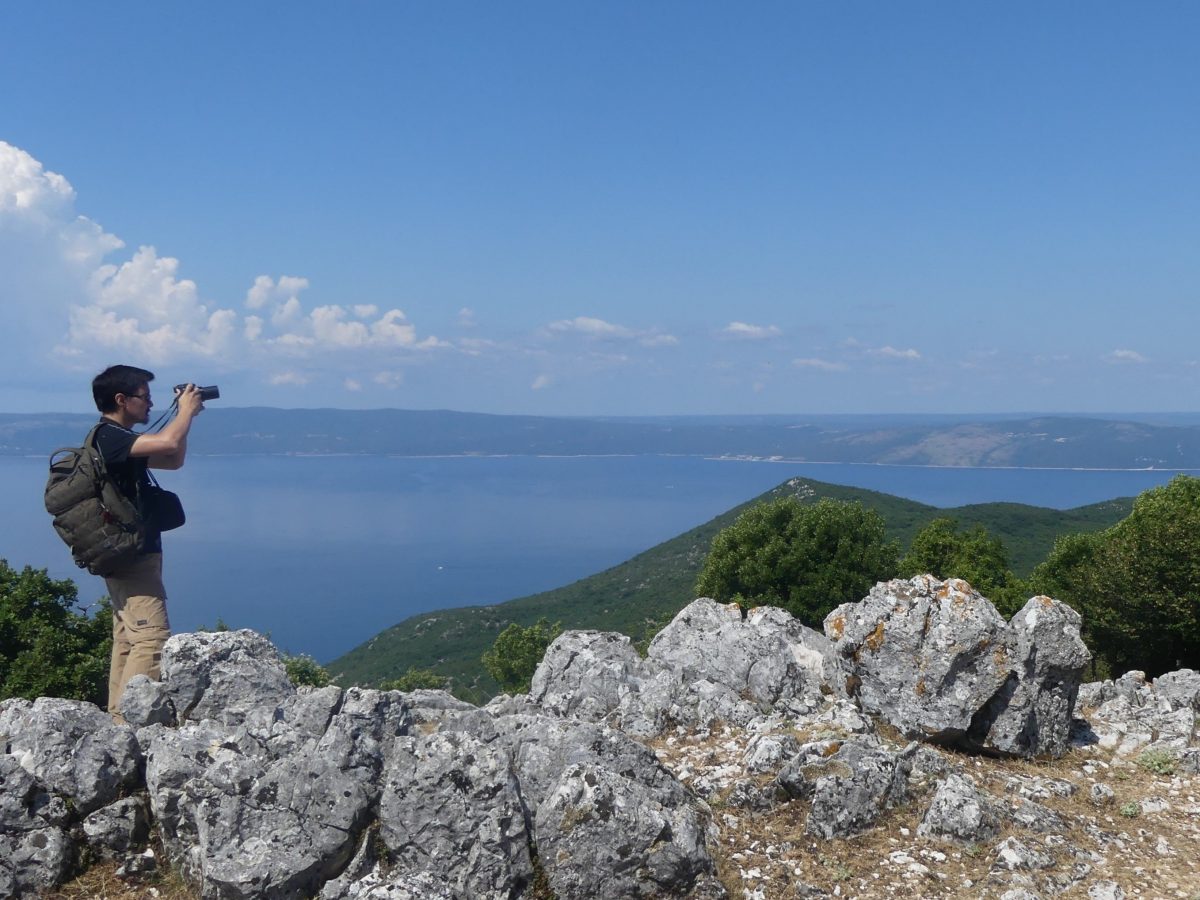 To begin with, I want to introduce myself: my name is Vasilii, I am one of the four ESC-volunteers participating in the project “Birds of a feather flock together” of the Association BIOM. One of the stages of my project is volunteering at the Beli Visitor Centre and Rescue Centre for Griffon Vulture.

As I have never been to the island of Cres before, during the ferry crossing from the Krk island I was very impressed by the views of the forested hills. I also really liked the view point at the turn to the village of Beli, from where you can admire the view of Krk and Gorski Kotar from one side, and the view of the Istrian coast from the other. From there it is also possible to see vultures soaring in the sky. 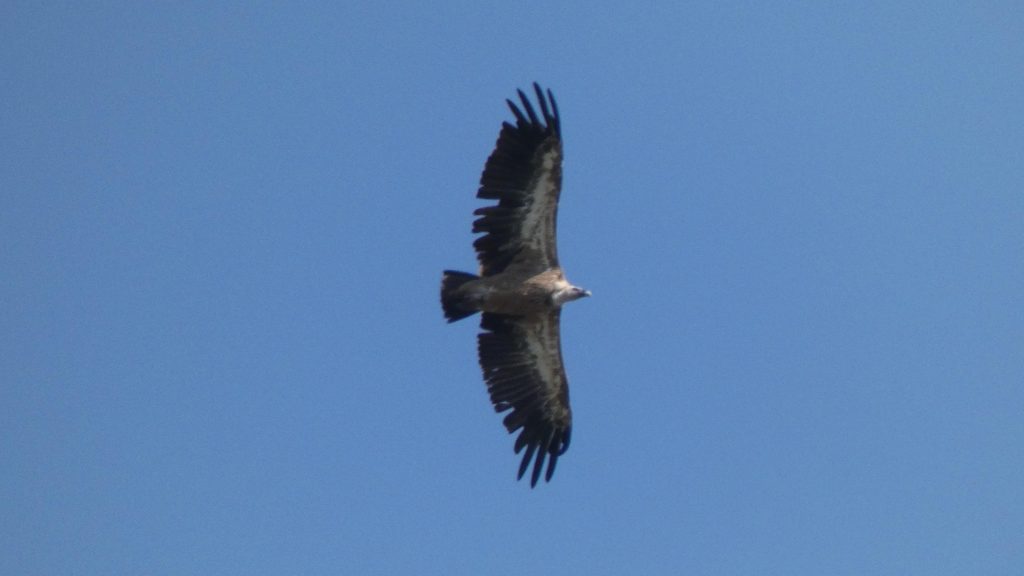 In Beli my volunteer colleague and I lived in the same building where the museum’s exhibitions is located, but one floor higher, which was very convenient. Upon arrival in Beli, we got acquainted with the exhibitions of the museum, walked through the village itself and the next day we started working.

Most of the time we worked with visitors: we told what types of exhibitions are currently taking place in the museum, what are the rules of behavior when observing rescued birds (the number of which has changed from two to six during our stay), answered questions that arise (for example, is it possible to see vultures in the vicinity of Cres, how soon the rescued birds will be release into nature, etc.) and sometimes just talked a little with people, finding out who came from where and how they ended up in Beli. For me, this work was especially interesting because before I had not had the opportunity to communicate with so many people from different countries (by the way, the geography of visitors is very extensive, people from at least 17 countries, including Croatia, come here), and besides, it was a good challenge to practice my Croatian and learn new words. Also worth noting is the meeting with Russian-speaking visitors from Ukraine, as it was pleasant to talk a little in my native Russian language.

Another type of work I did was feeding the rescued birds. Being scavengers by the type of feeding, vultures never hunt other animals, but look for the fallen ones and feed on them, thereby being a kind of orderlies of nature. Therefore, we fed the rescued vultures with dead sheep. Since these birds are wild and do not have to get used to humans, each time the process of replacing the remnants of old food with fresh meat took place quickly, it was necessary to spend as little time as possible in a cage with vultures, while completing all the necessary actions. As a reward for such work, the next day it was sometimes possible to observe how the birds eagerly devoured food. 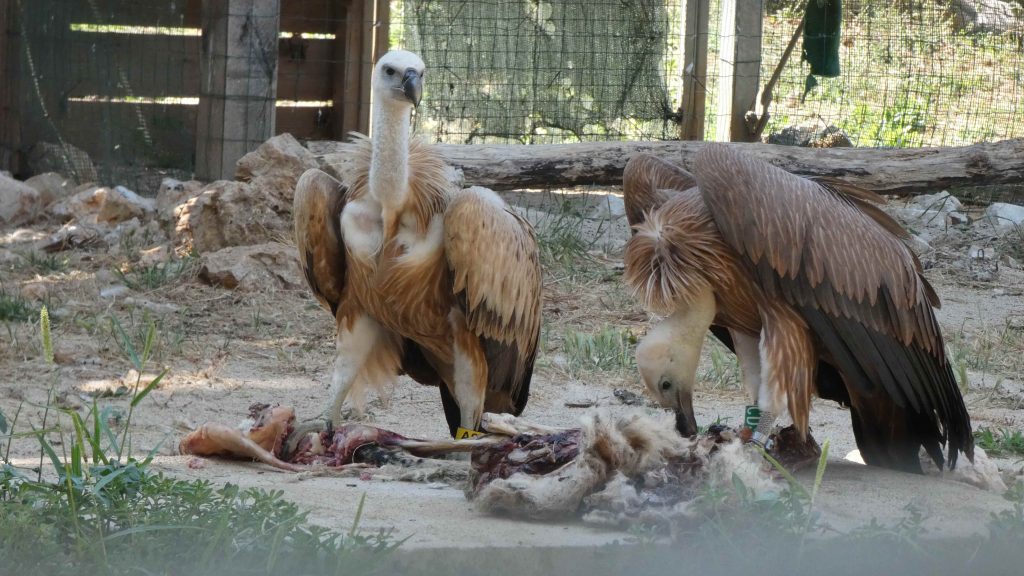 Today, the sheep population in Cres is not so large, and the health of the sheep is better than it was in the last century, not many animals died naturally or due to disease, so there is less food for the vultures. In this regard, a feeding area has been organized on one of the hills of the island, where food for griffon vultures is periodically delivered, including dead animals and their entrails. The area itself is fenced and does not imply free access by people. Camera traps are also installed on the area (camera traps are small cameras designed for shooting without human participation with automatic triggering from a motion sensor) in order to take into account the number of birds arriving to feast on, and also register ringed vultures visiting the site (bright green large rings on their paws with a unique number are clearly visible in the photographs). So, in addition to delivering fresh food for the vultures, we also checked the camera traps and, if necessary, replaced the batteries and memory cards. 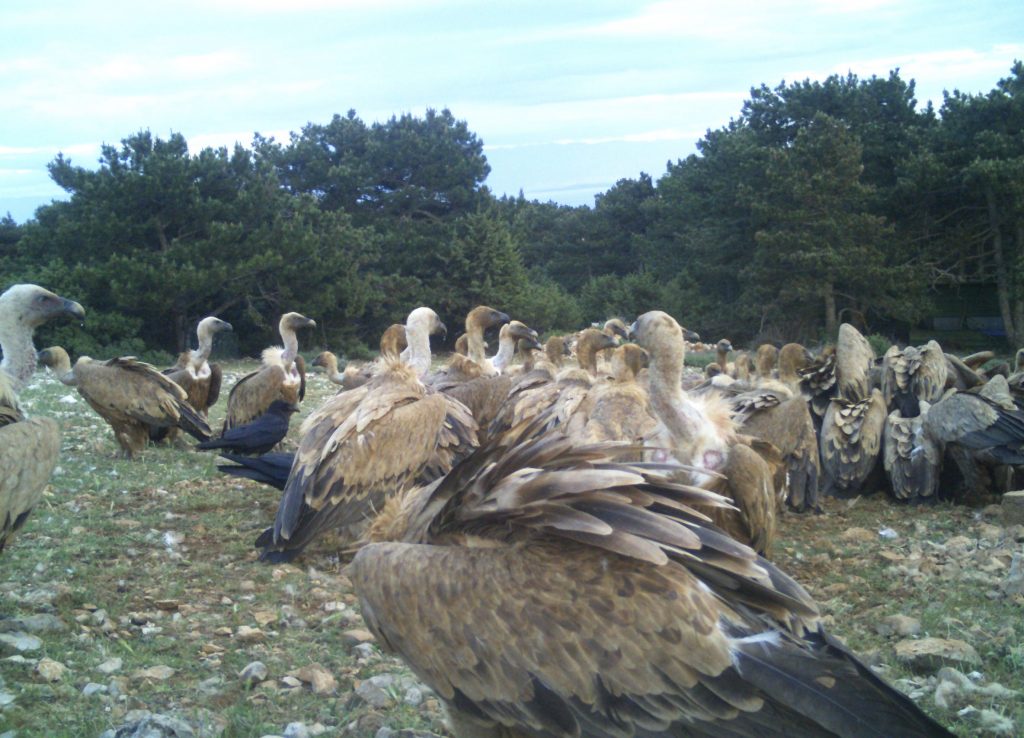 The information received from the camera traps must be processed. Therefore, we reviewed all the footage and identified birds with rings on them in order to find out which bird flew to the site and on what day. Depending on various factors (frequency of camera triggering, bird activity, etc.), the amount of footage ranged from a couple of hundreds to a couple of thousands of photographs, and the pictures included not only vultures, but also other birds (gulls, crows) and mammals (deer, martens).

Despite the fact that the Centre works every day, as a volunteer I worked only 7 hours 5 days a week and, accordingly, had 2 days off, one of which I spent with my volunteer colleague, and the other alone. I devoted my free time to housework, swimming in the sea, taking pictures of nature, walking around the neighborhood. By the way, around Beli there are several hiking trails of varying difficulty and length, thanks to which you can get acquainted with the natural wealth of the northern part of the island of Cres, called Tramuntana. The trails are well marked, and in addition to the natural beauty, you can also see the cultural and historical heritage of the region in the form of numerous stone fences, man-made labyrinths, monuments with Glagolitic inscriptions.

I volunteered at the Centre for about two and a half weeks, but in a month I will come here again and continue my acquaintance with the work of the Centre, its inhabitants and visitors.

/ Vasilii is a participant of the “Birds of a feather flock together” project implemented by the Association BIOM as part of the European Solidarity Corps program. /