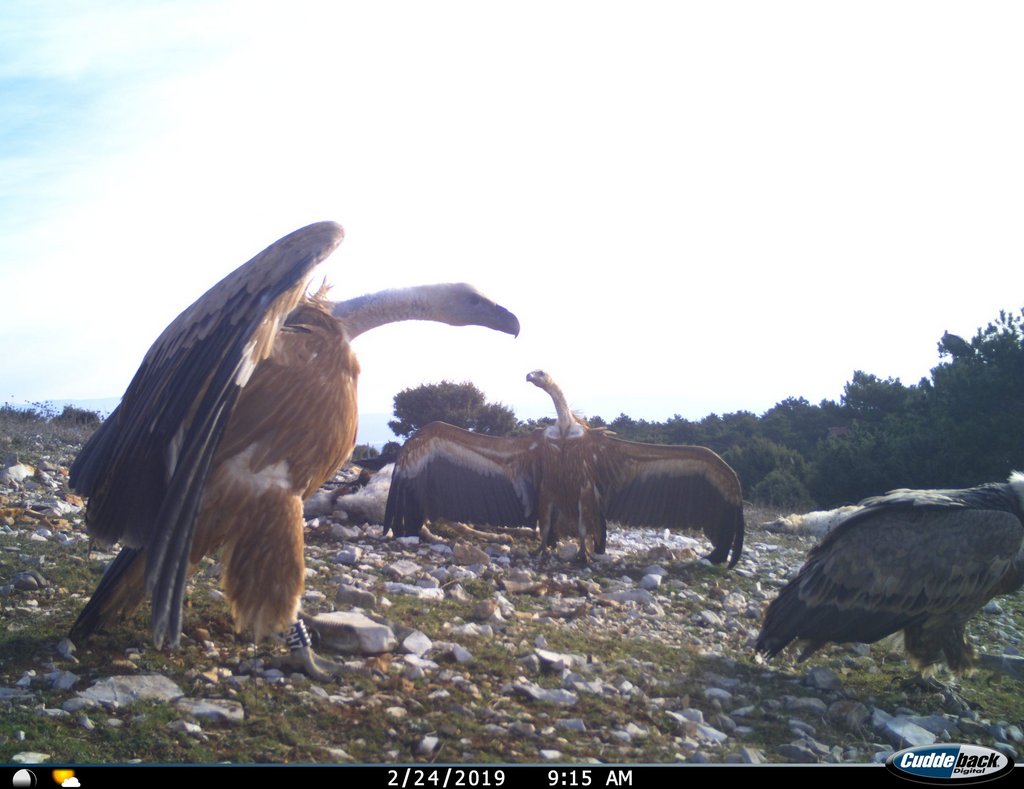 Looking through the photographs of a trail camera placed near the sheep’s carcass, we noticed a griffon vulture with a dark ring that, along with other vultures, struggled with temperamental behavior to reach its portion of the meal.

Spreading the wings, stretching the neck and with a striking way of walking, lifting the legs almost to the chest, he expressed the characteristic behavior of griffon vultures during feeding. There is a certain hierarchy during feeding, but the level of hunger is the one that ultimately determines who will first come to eat with an aggressive performance, which in many cases ends with a theatrical fight in the air and on the ground.

The griffon vulture in the forefront on the picture with the dark ring and the white alphanumeric code 6H7 has been ringed in the Gamla Natural Reserve in Israel on 30 October 2016. The last observation before coming to Cres was reported by colleagues from Bulgaria in the first half of 2018 in the Kresna Gorge in Bulgaria.

It is possible that it is even a griffon vulture from Kvarner, which was caught and ringed while wintering in Israel.