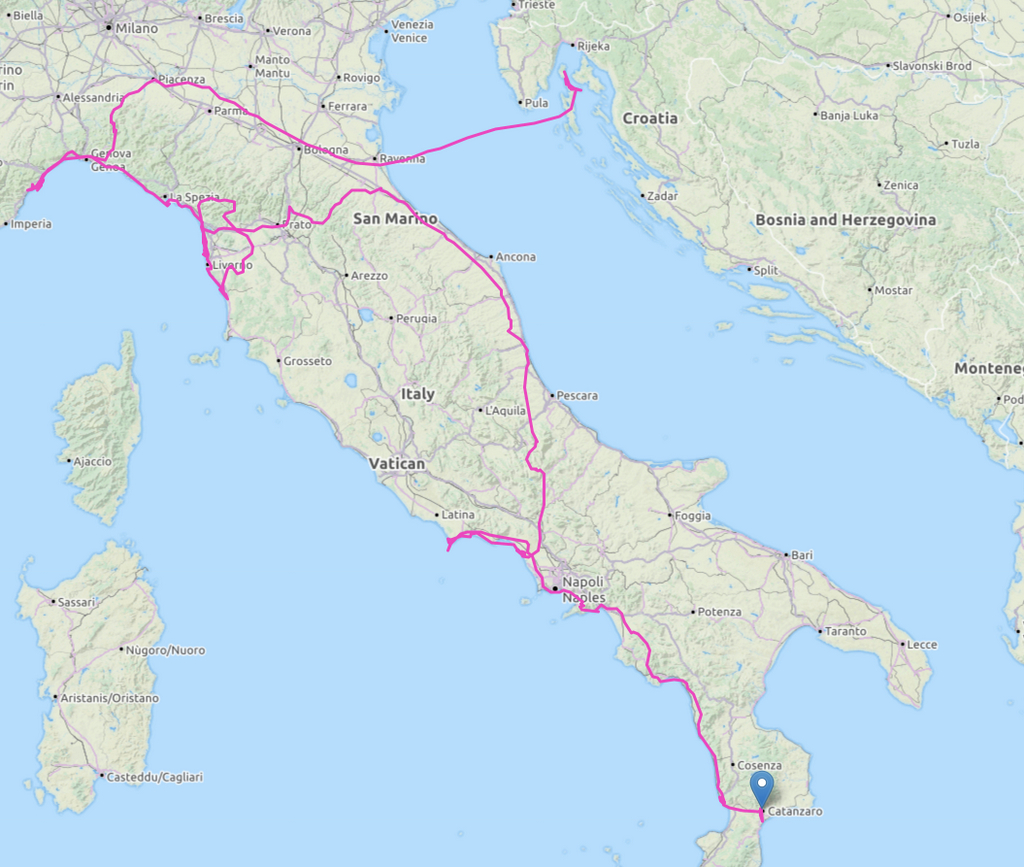 Do you remember our griffon vulture Kvarner which, after it’s release from the Beli Rescue Centre for Griffon Vultures flew from one side of the Adriatic sea to the other and attracted the attention of the general public and experts who are engaged in studying the griffon vultures?
Let’s continue the story of this extraordinary bird that is followed by luck.

In his wanderings in the Apennine Peninsula, besides virtual tracking of his movement on Google Maps thanks to the GPS device on his back, he has not remained unnoticed. On September 28 2018 Kvarner flew all the way to the Ligurian coast, not far from the French-Italian border, from where it returned to the Adriatic coast, to Cesena. Namely there, in the eve of October 9, he sought rest on the top of the church cross and provoked fear among the local people. They reported it to the local authorities, but soon Kvarner left the site, and this event was recorded in local media.

Kvarner continued its southward movement and was spotted again on October 12 in central Italy, as he rested on top of the fort at Roccacinquemiglia. 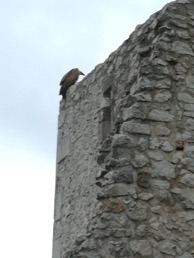 On October 14th, we were informed that our griffon vulture is resting at Castello di Lettere, above Lettere, south of Naples. The griffon was spotted sitting in close proximity to people and then we knew that something was wrong with Kvarner. 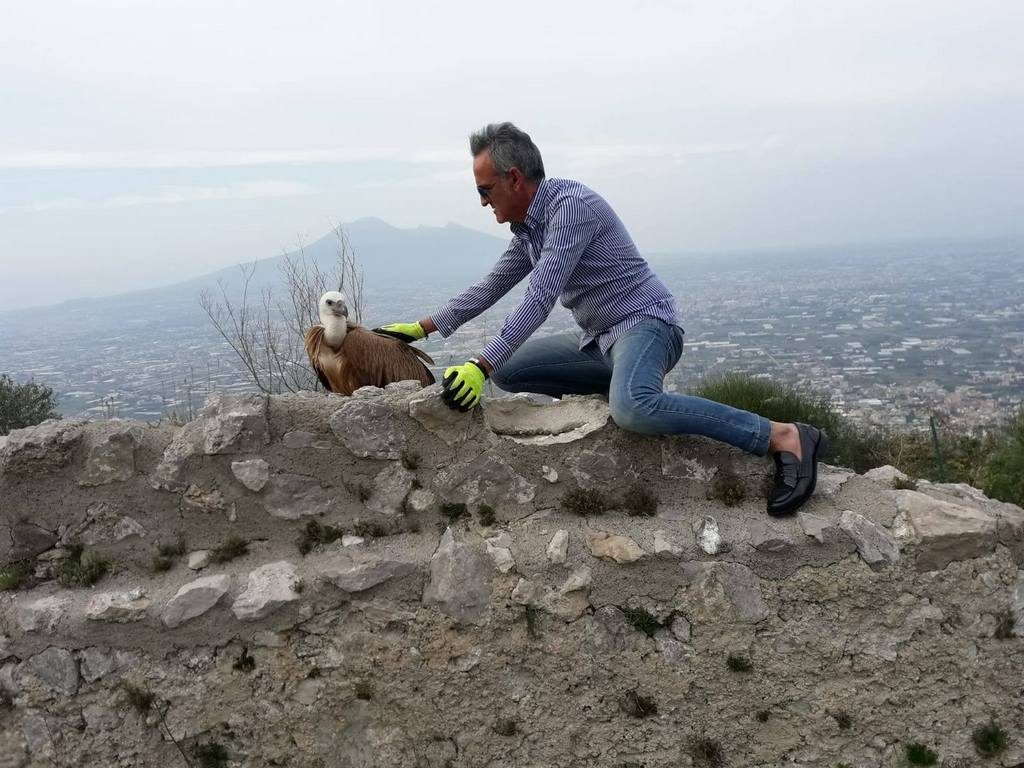 The employees of the nearby branch WWF Salerno attempted to catch the bird but did not go hand in hand. We were following the movement of Kvarner knowing that at some point, apparently in the face of exhaustion, had to land, and that was exactly what happened on October 19 in the south of Italy, not far from Catanzaro, where the WWF Catanzaro staff caught it. Kvarner was put in the local wildlife center in Catanzaro.

The bird quickly recovered in agreement with Italian counterparts, and with the help of the generous help of the State Forestry Department (Corpo Forestale di Stato), Kvarner was transferred and joined the other griffon vultures in a large aviary in the Abruzzo region, a project of the repopulation of griffon vultures in central Italy.
Kvarner will be released in spring, not far from the present-day aviary in which it is in, near the local colony of vultures and an active feeding place.

We’re using this opportunity once again to thank all our Italian friends and colleagues for help, effort and care for Kvarner!