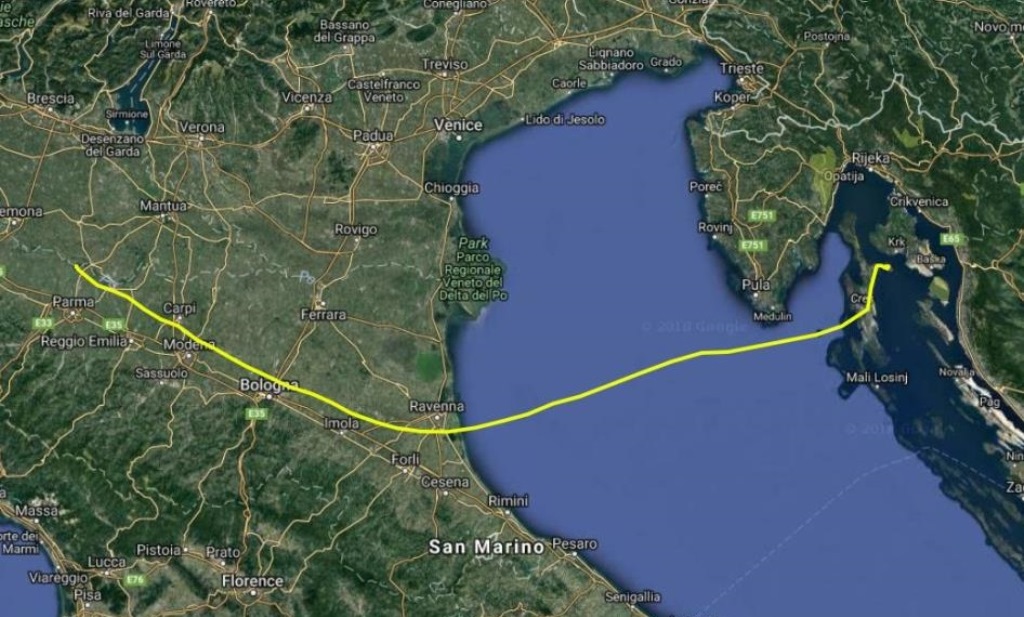 Griffon vulture named „Kvarner“, after rehabilitation in the Rescue centre for griffon vultures in Beli, tagged with GPS transmitter and released back to nature on the Island of Cres on the 17. September 2018. reached Italy, flying over the Adriatic sea! Really unbelievable achivment for this species, which unwillingly and seldom fly great distances above open sea, because of the lack of termals and thus more difficult flight conditions.

But griffon vulture „Kvarner“, obviously decided to break this rule of behavior and flew over the distance of 170 kilometers, over open sea on the route from the Martinšćica (Island of Cres) to the town of Ravenna on the Italian coast, in just 3 hours! And during that flight, it reached speed up to 117 km/hour!

Such behavior, we believe is an exception that confirms the rule, because it is known that for a large number of griffon vultures, during a migration from North Africa to Spain, a flight across the Strait of Gibraltar, which is only 14 kilometers wide, is a problem and many of griffon vultures overtake it after multiple attempts.

For yesterday’s successful, but risky flight over the Adriatic sea, we believe that the „bura wind“ also helped a little, as well as the fact that it is a juvenile griffon vulture which started migration in a truly unexpected route.

The griffon vulture “Kvarner” settled down in the inland of Italy, about twenty kilometers north of Town of Parma, on the banks of the River Po at 18:30 hours, after the flown distance of 370 kilometers, starting this epic journey from island of Plavnik at 12:00 o’clock! Did this griffon vulture „traveled“ alone or in the company perhaps by another juvenile griffon, we do not know, but we hope he would be OK and will carry on his wanderings across Europe. We wish him good luck!

Once again, a big thanks goes to Zagreb ZOO and the NGO „BIOM“, for helping and collaborating in the recovery of griffon vultures and fitting them with GPS transmitters and to all good people that support us! 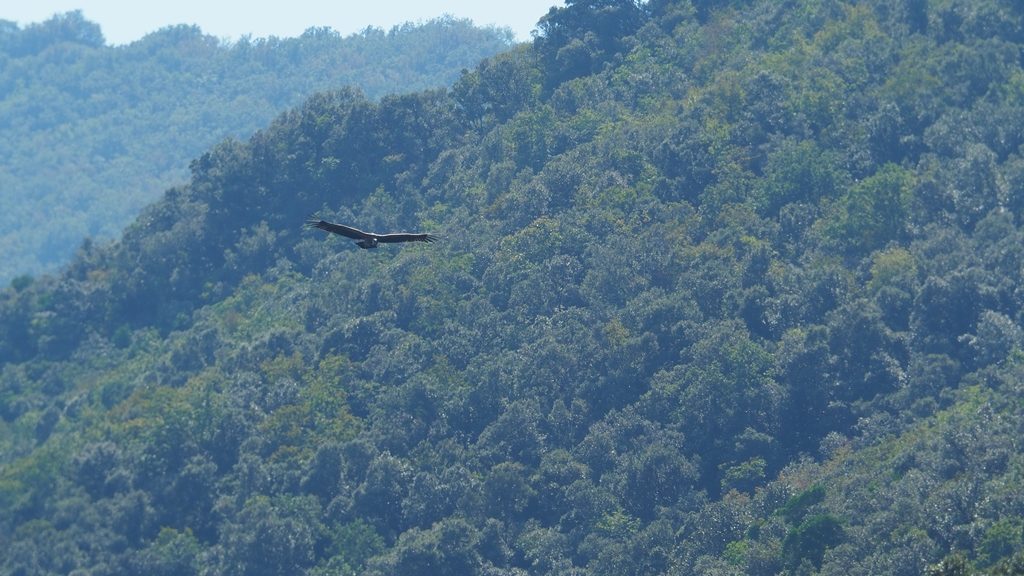 Griffon vulture „Kvarner“ in flight over the Cres coast, few days after his release from the Rescue centre (photo: JU PRIRODA)