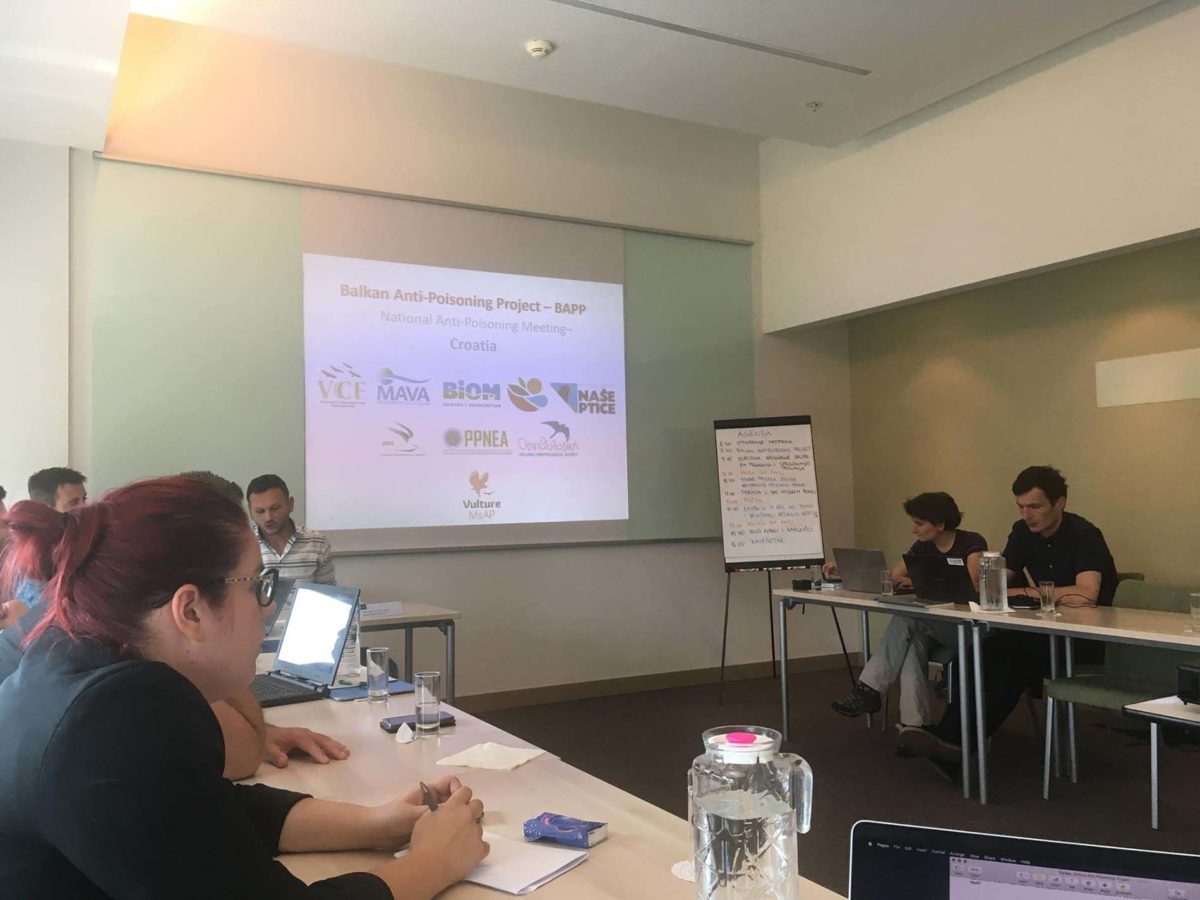 On Tuesday 29th of May 2018 in Zagreb within the Balkan Anti-Poisoning Project (BAPP) was organised workshop about preventing poisoning of wild animals. On workshop were also present employees of Public Institution “Priroda” and Beli Visitor Centre and Rescue Centre for Griffon Vultures Beli. One of the objectives of the Balkan Anti-Poisoning Project (BAPP) is to develop national anti-poison road maps in 5 countries: Greece, Macedonia, Albania, Bosnia and Herzegovina and Croatia. BAPP is an integral part of the Mediterranean Anti-Poison Project funded by the MAVA Foundation and coordinated by the Vulture Conservation Foundation.

Representatives from the Ministries together with other stakeholders were present at the workshop, with the aim to gather information about the poisoning of griffon vultures and other wild animals in Croatia, and to suggest a formation of a National Anti-Poison Working Group. 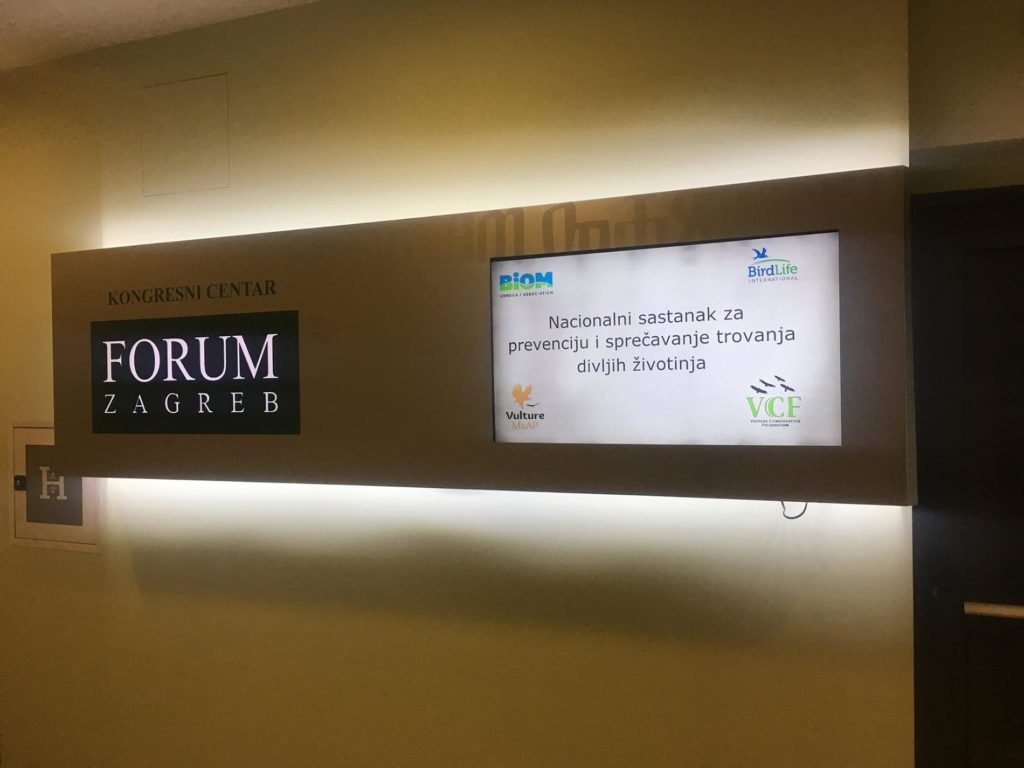