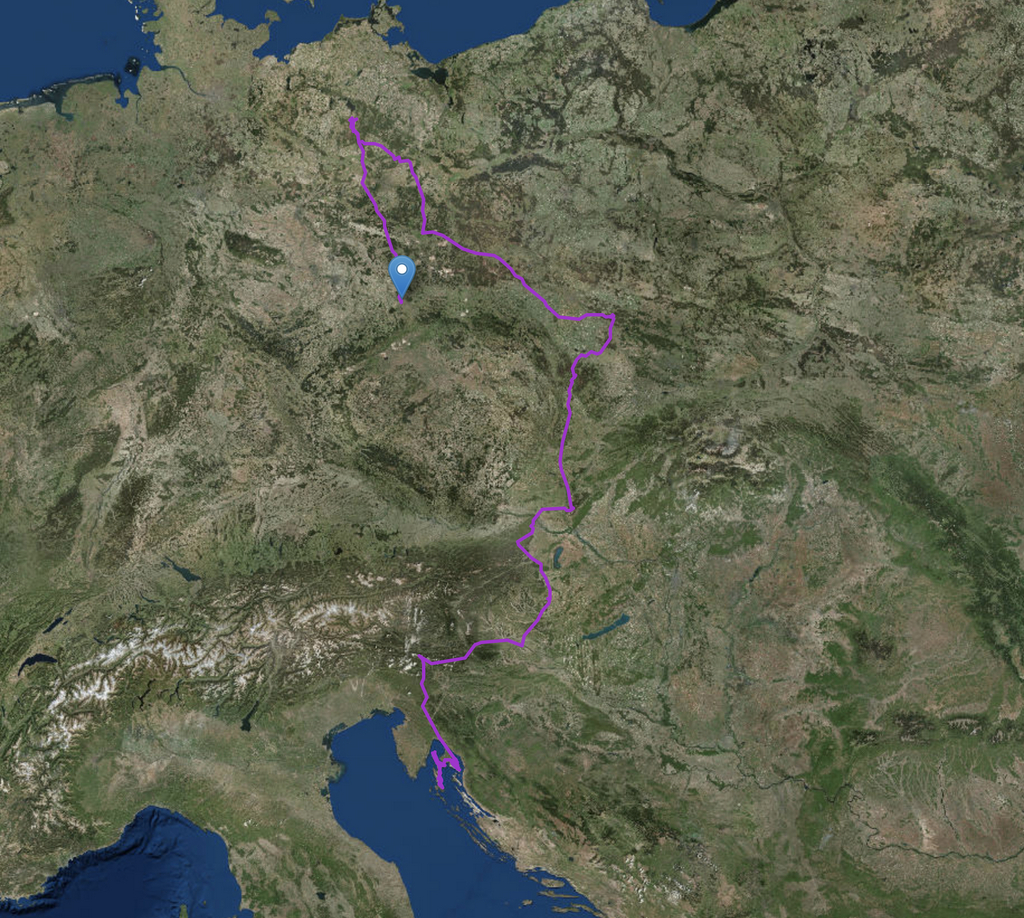 Our griffon vulture Kupala, released back to nature from our Centre on 17 September 2018, is currently in the sanctuary for wild birds in Dresden in Germany. We saved the griffon Kupala (fig. 1) from the sea close to the island of Plavnik in June 2018, and he was banded in Beli Rescue Centre where he spent three months in recovery. Together with five other griffon vultures, Kupala was released into nature and, unlike other griffons who have headed south, headed to the north. 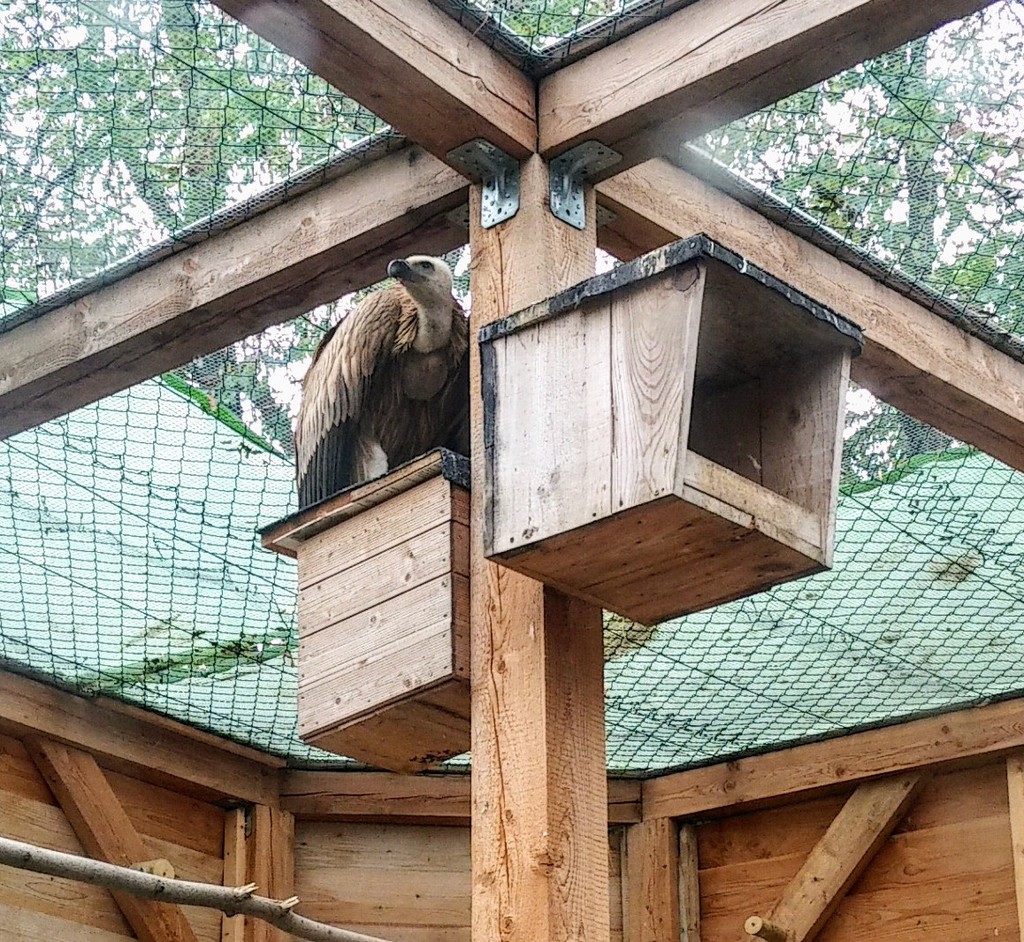 Kupala overflew Slovenia, Hungary, Austria, Slovakia, the Czech Republic and Poland, and continued through Germany up to Mirow, the northernmost point in his flight throughout Europe, all recorded by the GPS device on its back (fig. 2). The bird then flew south in the direction of the city of Dresden in Germany where, completely exhausted, was found on 22 October 2018. This trip far to the north, inexperience and inability to find food were almost deadly for this young griffon, but juvenile birds’ flights from Kvarner to the north of Europe were already recorded on many occasions. Namely, young griffons in their wanderings regularly join the colonies of griffons in the Mediterranean and Balkan parts of Europe and the Middle East, where in groups then it’s easier to find food, and we assume that Kupala was alone on his way and did not find any griffon colony since in Germany there are no griffon vultures. 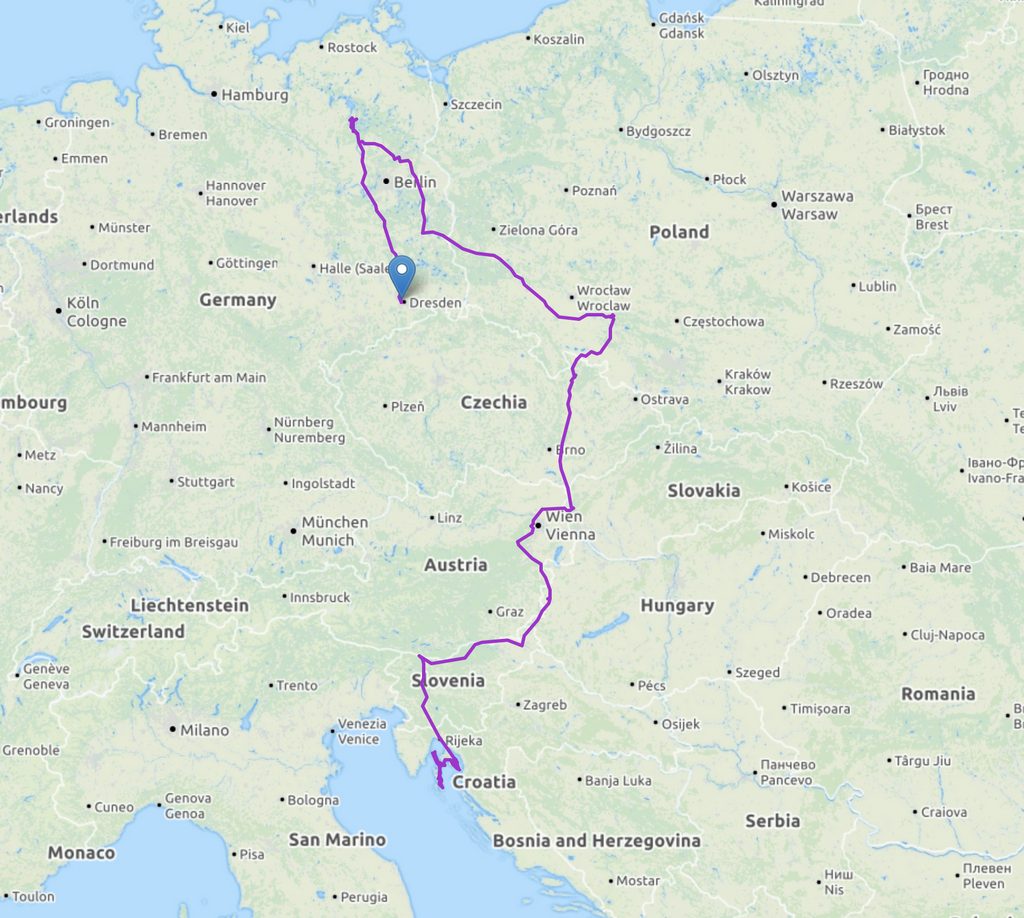 Fig. 2. Owing to GPS tracking it is possible to reconstruct the flying rout of the griffon vulture Kupala.

Since the day when the bird was found we are in contact with the director of the sanctuary in Dresden, Mr. Steffen Keller, and we decided that the griffon should stay in the German sanctuary during winter, where adequate conditions for the stay are provided.

We agreed with the German colleagues that Kupala griffon will be transported to the Beli Rescue Centre on the island of Cres at the beginning of March 2019 in order to get the chance to socialise with other griffons who are currently in the Beli Rescue Centre, and before its re-release into nature.

We thank Wildvogelauffangstation Umweltzentrum Dresden e. V. for their hard work and cooperation.